Autoimmune diseases can target a variety of body systems, from skin to red blood cells. If your pup is having chronic skin issues, he might need to have a skin biopsy to diagnose an autoimmune disease.

Check out our picks for best dog food for autoimmune disease, then keep reading to learn more about this disease. 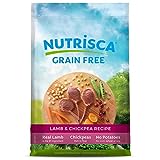 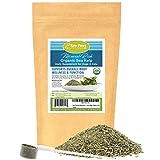 Ideal for dogs with autoimmune disease and hypothyroidism. Also:

With dogs, as with people, there are a variety of autoimmune diseases.

They have different classifications, such as affecting the skin or eyes or being a systemic illness. They require different methods to diagnose them, as some can be presumptively diagnosed by your veterinarian based on physical exam, while others need to be diagnosed based on tissue sampling or biopsies.

The most common is autoimmune skin diseases.

What is an Autoimmune Disease?

According to VCA Animal Hospitals, autoimmune diseases occur when the body’s immune system begins to attack itself.

During this process, your pup’s normal and healthy cells are attacked as foreign invaders. The healthy tissues begins to be destroyed, and this can occur affecting specific body systems, such as red blood cells in the case of autoimmune hemolytic anemia or the skin in the case of pemphigus or discoid lupus erythematosus.

They can even affect the whole body, as with diseases such as Addison’s disease, which affects a dog’s metabolic system.

You’ll find that there are a variety of causes for autoimmune diseases, and unfortunately, we don’t always know what the cause is for an individual pet.

While vaccines are important for the health of almost every pet, they can trigger autoimmune diseases to manifest.

In other cases, genetics are to blame for autoimmune diseases, which can’t always be predicted.

Certain breeds of dogs are predisposed to these, and should be evaluated by a veterinarian if they show skin problems, weakness, or lethargy.

These breeds include pups such as:

Some of these dogs are affected systemically, while others may be prone to autoimmune skin conditions.

Autoimmune diseases can manifest in a variety of ways, largely relating to the body systems that are affected for an individual pet.

Some diseases can produce a wide range of clinical symptoms, making them hard to diagnose. The longer the disease progresses, the harder it can be to diagnose, as your pet develops other symptoms, such as bacterial infections.

Swollen joints are commonly produced when a pet has the musculoskeletal system affected by an autoimmune disease.

In the case of blood cells being affected, you may see weakness or lethargy as their red blood cells are destroyed. Your dog may also have bruising or bleeding, especially noticeable in areas without hair, such as the belly or gums.

You may see a variety of signs, from depigmentation of your pet’s nose to ulcerations of his skin.

These are often symmetrical, on both sides of the body, or focal lesions as your pet’s immune system attacks the body. A common area affected involves mucocutaneous junctions, such as at the edge of the nostrils or lips.

It can be very difficult to diagnose autoimmune diseases for dogs.

Your veterinarian will start by taking a thorough history, including noting any recent vaccines or medication administration, as well as exposure to disease-causing agents, such as ticks. If your pet has gone to a new area, such as with you hiking, it will be important to note that to your vet.

Your vet will then examine your pet.

Signs of an autoimmune disease can include:

Your vet will probably feel around for abdominal organ changes, such as an enlarged spleen, or changes in lymph node size, which might need to be tested.

After examining your pet, your vet will order diagnostic tests.

They will usually start with blood work and a urinalysis to look for systemic abnormalities. They may test for diseases caused by ticks with an in-house SNAP test that also checks for heartworm disease.

After ruling out other changes, they may start to pinpoint autoimmune disease.

In the case of skin issues, your veterinarian will likely need a skin cytology, such as an impression smear of the lesion, or a skin biopsy sent to a pathologist.

The treatment for autoimmune diseases is just as varied as the disease manifestations.

They can be very invasive, especially in the case of issues such as autoimmune hemolytic anemia. With this, your pet may need hospitalization, IV fluids, and even blood or platelet transfusions.

When faced with systemic illness, many veterinarians will treat with medications such as steroids to help suppress the immune system.

Other immunosuppressive medications may also be utilized, such as azathioprine or cyclosporine.

They are likely to also treat for tick-borne diseases, which usually involves an antibiotic known as doxycycline.

If your pet has swollen joints, pain medication and cage rest will likely be utilized, which you must enforce to help your pet feel better.

For some skin issues, antibiotics will be used to treat secondary bacterial infections. You might also need to give medicated baths or use topical therapy.

In some cases, your pet should avoid exposure to sunlight, so he will need to be walked to go to the bathroom in early mornings and late evenings.

The prognosis and long-term outlook is affected by how severely affected your pet is and what the disease process is.

Some cases result in death, no matter how intensive your pup’s treatment is, so early diagnosis is important when they are not feeling well.

Some pets just need to be maintained with oral medications daily or weekly, such as steroids to help keep the immune system in check. These pets will need care throughout their lives, and care should be used in their treatment. Many of these pets cannot receive vaccines in the future except in strict cases, such as the often legally-required rabies vaccine.

Pets that have an autoimmune disease should not be bred.

It may be important to remove their offspring or siblings from breeding programs as well. This is especially true when pets don’t have a readily identified cause, such as a tick-borne illness that is complicating their health.

Can autoimmune disease in dogs be cured?

In most cases, a pet is not ever considered cured from an autoimmune disease. They may need treatment or care for the rest of their lives, with medications such as steroids. They should also avoid immune stimulating triggers, such as vaccines and certain medications.

Autoimmune diseases are not considered contagious diseases. Your pet won’t get one from another pet without a specific set of circumstances, such as being bitten by the same tick. Genetics can affect this though, so affected dogs should not be bred under any circumstances.

The Editorial Staff at Dog Breeds List is a team of dog breed experts led by Rhett Crites. Trusted by millions of dog lovers worldwide.