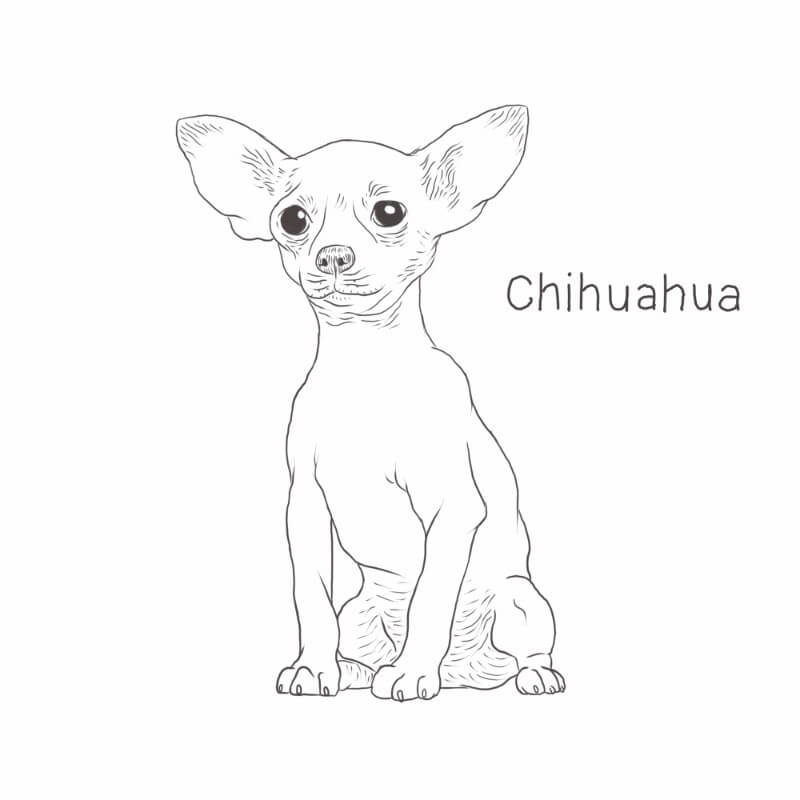 The Chihuahua is one of the smallest breeds of dog in the world. You might be used to seeing this pup carried about in handbags by the rich and famous and doted on like a small child but there’s a lot to Chihuahuas that most people don’t know!

While they’re not particularly known for their affable nature, you either love or you hate them.

Unfortunately, the breed has a bit of a bad rap, so there’s not a lot of people in between those two extremes.

But you should know that not all Chihuahuas fit the negative stereotype.

In fact, having a well-rounded Chihuahua is perfectly possible, so long as you’re willing to find out how!

Chihuahuas have kind of a complicated history, in no small part because the breed is so old their origins are a mix of oral history and archaeological finds.

While their exact beginnings are relatively unknown, what we do know is that Chihuahuas come from Mexico.

The current accepted theory is that they are descendants from a breed of dog that was favored by the Toltec civilization who lived in Mexico.

There are no written records but artifacts found suggest they held dogs in the hardest regard. Maybe this is where Chihuahuas originally got their need for attention from!

The conquistadors found these dogs in the region of Chihuahua when they first visited, hence their name.

Small dogs like Chihuahuas were relatively rare until the 20th Century but they are incredibly popular now.

Chihuahuas are very loyal and loving dogs in the right situation (despite their reputation for small dog syndrome).

They can become incredibly protective of their own families and so their temperament often makes them poor family dogs.

They’re feisty to say the least.

While they are incredibly intelligent dogs, and can be friendly, Chihuahuas have a dynamite temper.

They’re a small dog with a giant personality.

Chihuahuas are fearless pups, something many owners find endearing. It’s this fearless nature that can make them tricky in the oft chaotic environment that families create.

In fact, most often when a Chihuahua is given up it is because a family cannot cope with changed circumstances.

Chihuahuas are no walk in the park for new dog owners.

Despite their reputation for having a quick temper, however, with the right care Chihuahuas can be a joy to own.

Look, most Chihuahuas are prone to overeating if you don’t monitor them so a Chihuahua’s diet is all about moderation.

If you feed them around half a cup of food a day over 3-4 meals then they should be satisfied.

There’s little nutritional value in scraps, and it promotes begging for extra food even if they don’t need it.

Overeating can cause health problems later in life for these pups so it’s best that you help them avoid it.

How often they require this depends on their coat variety:

All Chihuahuas need their nails clipping occasionally. This can be done at home or by a professional.

Chihuahuas are no couch potatoes!

They love adventure, and to run around, but they can normally get this in quite a small space (being so small themselves!).

For them, a short walk can keep them very happy since for every step their owner takes a Chihuahua must take ten steps to keep up. Most owners go for short (30 minutes) and slow walks with their pups to make sure they’re getting exercise without exhausting them.

The great thing about Chi’s is that if they do get tired, all you need to do is pick them up and take them home. For this reason, Chihuahuas are often seen as ideal city and apartment pets.

Don’t forget about mental stimulation in addition to physical exercise!

Chihuahuas can be great at agility tasks, like hurdles or tunnels, and these can also prevent boredom.

They’re fully aware of how their cute looks can let them get away with things. For this reason, it’s important you show them who’s boss.

If you’re a firm but gentle owner, you’ll find your Chihuahua is highly trainable.

Chihuahuas tend to love their owners, and this need to please you can be used to enforce good behavior.

Chihuahuas are generally a healthy breed — they’re one of the most long-living breeds too!

The average Chihuahua lifespan is between 12-15 years, but some have been known to live to 20 years old!

Like any pure breed dog, Chihuahuas can have a few issues you might want to watch out for in your pup. These include:

In general, Chi’s are well known as a healthy breed of pup with minimal issues.

Things to Know About Chihuahuas

1. There’s No Such Thing as a Teacup Chihuahua!

The teacup Chihuahua is just a name people give to smaller Chihuahuas to make them more attractive to buy. 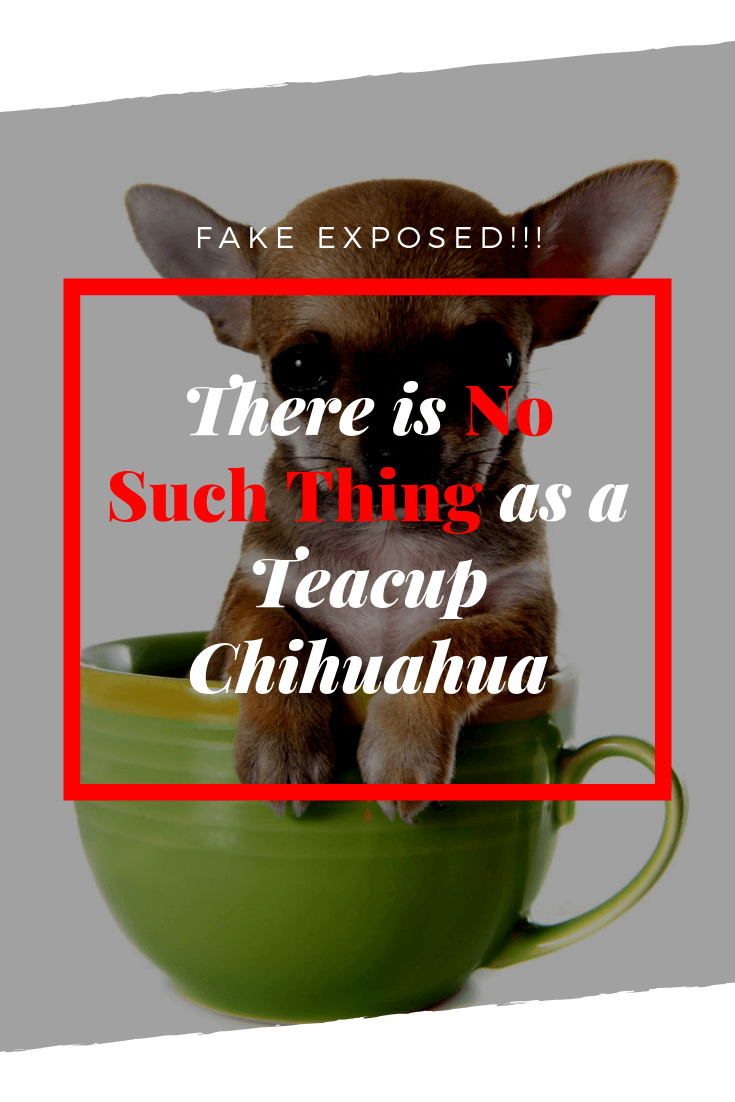 In reality, any Chihuahua could be a teacup Chihuahua if it’s small enough.

Chihuahuas as a breed are the smallest dog on the planet. There’s no need for teacup Chihuahuas.

2. They’re Sassy to the Max

The best word to use to describe a Chihuahua is sassy.

It’s even on the official American Kennel Club description!

This sassy nature means you either love or you hate Chihuahuas.

Many Chihuahuas go crazy around strangers, especially if they approach their owners.

While this is a natural display of ownership for Chi’s, a lot of owners try to socialize their Chihuahuas early on in life because this protectiveness can lead to biting, barking, and the vicious displays Chihuahuas can be known for.

4. They can Love Other Animals… if They’re Family…

Chihuahuas are standoffish with strangers, both people and animals!

But they can be incredibly friendly to pets that they consider to be part of their own family.

Ideally, Chihuahuas like to be kept with dogs of a similar size. You might have heard people likening Chihuahuas to rats — and a lot of bigger dogs would agree with you even if they’re not!

5. They’re Not Good with Children

Like it or not, a big part of Chihuahuas personality is jealousy of others and the affection that you give to others.

This is why they are not great in families — whether you already have children or might have them in the future.

A Chi pup wants all of your attention and love.

On the plus side, this is exactly what can make them so loving to their owners. They want every inch of love that you have to give!

6. They Have a Soft Spot, but it’s Not What You Think…

Just like babies, some adult Chihuahuas have a soft spot on their heads!

All puppies are born with this, called a molera, but whether or not they keep it in adulthood depends on their genetics.

7. Their Brain is Massive!

Compared to the size of their body, Chihuahuas have the biggest dog brain on the planet.

Their intelligence means they can be trained, but it’s not an easy task.

8. Their Anxiety can get the Better of Them

It’s not unusual for Chi’s to have phobias like a fear of traffic or, far more commonly, a fear of other dogs.

When you’re the smallest dog in the world, and quite capable of fitting in a bag, can you really blame them?

In ancient times, the Aztecs thought small dogs like the ancestors of the Chihuahuas had healing properties.

They would use them, holding them against a sick human, in the hopes they would take disease away.

I’m sure the Chihuahuas liked the cuddles!

No kidding. As late as 2014, wild Chihuahuas were seen in Phoenix, Arizona.

Their survival instincts and natural distrust of strangers mean they are perfectly capable of surviving in the wild even as they are now.

Leave your linens and laundry out for too long and you’ll discover that Chihuahuas love to burrow under just about anything!

It’s possible this is an instinct picked up from their ancestors to hide from predators but now it means they’re a charming menace in the home if left alone for too long!

What this does mean is they’re 100 percent on-board with a blanket cuddle with you on the sofa.

12. They Have Two Different Kinds of Heads

There are apple and deer-head Chihuahuas.

Just as you’d imagine, apple head Chi’s have a rounder head whereas deer headed Chi’s have longer and angular features.

Apple head Chihuahuas are also known for their big eyes and shorter legs.

They’re the type of Chihuahua you see in dog shows across the world.

Chihuahuas are not bred for cold climates.

While they’re perfectly capable of spending some time outside in the cold, this breed of dog is prone to chills and so popping a jumper on them in the winter months isn’t just a hoot but can also help to keep them warm.

Chihuahuas will shiver when they’re cold, so if you live in a colder climate it’s wise to have a few jumpers on hand for your pup in the colder months.

14. They’ll Fit in a Handbag but They Need to be Trained

Chihuahuas size makes them ideal to fit in a handbag and be carried around but their love of attention and being carried around can backfire on owners.

Leave them alone for too long and they’ll chew furniture and cause havoc in the home.

For this reason, most Chihuahua owners strive to train their pups from an early age.

15. Chihuahuas can Have Several Different Colors of Nose

Chihuahua nose color can be:

Some even have two colors on one nose!

These normally stand up by 3-6 months of age, but some will never be erect and that’s okay too!

17. They Were Originally Bigger

The dog that was originally found in Mexico all those years ago was likely to have been much bigger than the Chihuahuas we know and love today.

Sometime later, Chihuahuas were crossed with a smaller Asian breed of dog, maybe the Chinese Crested, and the resulting breed was smaller in size.

18. Chihuahuas can be Service Dogs

You might not think it to look at them but Chihuahuas can make excellent service dogs.

Despite their size, they more than make up for their little legs with their agility and ability to independently think.

Chihuahuas can be used as companions or as working dogs for those who need technical and physical help.

19. They Were Once Known as the Arizona or Texa Dog

Chihuahuas were pretty rare until the early 20th century.

And when they first came over into the states bordering Mexico, they were given the name Arizona Dog or Texas Dog.

…after the states they were most commonly found in. 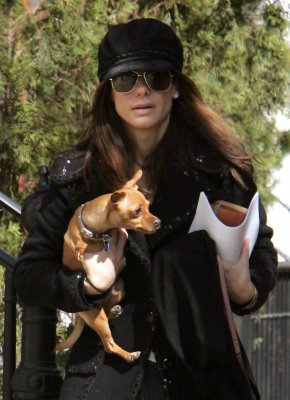